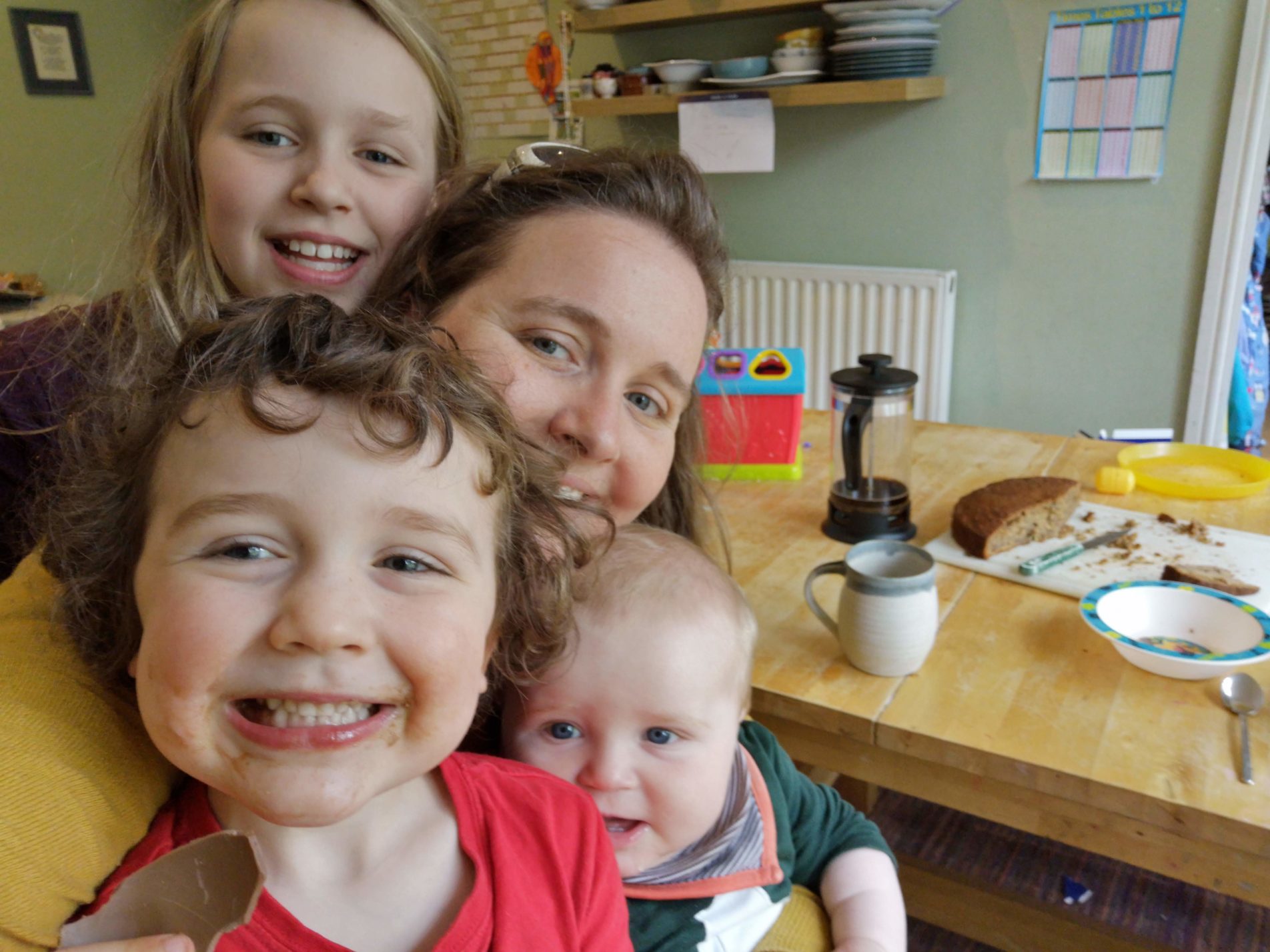 It’s hard to quantify and articulate how difficult the last five weeks have been. Truth be told I’m even struggling to figure out if it has been five weeks, the days are all turning into one long, relentless, blur. And it goes without saying that the challenges will be so different and equally valid for everyone. No one wins the game of comparative suffering. Put together the role of being a parent, rife with judgement and guilt at the best of times, then add in a period of huge uncertainty where we are all desperate for someone to tell us we are doing things right, and I challenge anyone not to feel a bit rung out.

Many of us were given a new role in March, one which we didn’t request, we weren’t trained or prepared for and feels like the sort of promotion where you’re told it will be ‘good for your development’ (read: you won’t be paid for it, it will do those in charge a favour and if you refuse you’ll demonstrate a lack of commitment).

Where I think we can meet, grow and take solace is in the stories. The honest, real, gritty, interesting stories, written by incredible women who are too often quietly cracking on behind the scenes. Stories that deserve to be told. So in this one we hear from Nadia, whose new role was to become a working AND stay at home mum. It’s raw and real and brilliantly written…

Back in March, life felt pretty taught round the edges. Balancing work and family life felt like a really finely tuned set of scales that was teetering on the brink at all times. On paper, things worked okay: the weekly timetable showed just enough hours to keep on top of things. Squeezing work into the hours between chauffeuring kids to their clubs and turning up to parents evenings or concerts or appointments with health visitors, whatever this week’s parenting twist might be.

Yet the balance was so fine that any disruption – a sick child sent home from school, a broken washing machine, a forced long weekend when strong winds made the trip home from Anglesey too dangerous – felt like a mini-disaster. How would that work time be made up? Where could you borrow a few hours from to finish that project now? Could you explain the emergency to a collaborator, or would you need to think of a non-childcare related excuse?

Then the schools and nurseries closed, and everything changed. Except, also, nothing changed. Suddenly, work was still requiring attention, but so were the kids. And what had been the difficult task of squeezing work into school and nursery hours, around a big and busy family, became the it-would-be-laughable-if-it-wasn’t-true Herculean challenge of continuing to do that work, except now you were also meant to look after your kids AT THE SAME TIME.

Meanwhile, there’s a deadly virus ravaging the country, decimating the elderly and randomly picking off the young and fit too. And then your husband seems to have caught the virus and is no longer able to tag-team the kids, and could do with far more hand-holding and nursing than your sleep deprived and emotionally-drained self can offer.

The kids are freaked out. A bit about the virus; they don’t quite understand but know there were quite a lot of assemblies dedicated to hand washing procedures and hanging bread up on lines with clothes pegs before school finished.  And they’re a bit worried because their dad is coughing and lying on the living room floor with ‘his devices’ checking his temperature and blood oxygen at regular intervals. But mostly, they’re freaked out because a month ago they were at school with their friends and their class teacher who liked Parma Violets and let you have Golden Time on a Friday afternoon (if you were caught up with your classwork). Now they’re at home, and their parents are behaving like drunks; one minute hugging them and telling they love them, the next minute yelling, or crying or sitting staring out the window.

As a mother, that oh-so-basic of parenting requirements, that of putting food on the table, has suddenly become a challenge. We’re normally the people making ourselves feel good by only-a-little-ostentatiously donating to the local foodbank. We’re not giving the kids Rib Eye for tea every night, but feeding them hasn’t been a problem before. Suddenly we’re not allowed in the supermarket, and we can’t get a flipping delivery slot. The kids are made up – beans on toast for tea, again.

So here we are, a month into lockdown, and it’s bloody tough. I thought it was tough last month as I raced between nursery pick up and athletics clubs before the tutoring drop off and back for bedtime. But, this is not so much a tightening of a screw, or another straw on the camel’s back, it’s a hammer going to town and smashing a screw to bits, or a whole straw house being added to the back of the already exhausted camel.

Coda: I know this is the bit where I should shrug off the preceding seven paragraphs and offer  hope – perhaps tell you what new skills I’m delighted to be passing on to my kids in this ‘challenging time’, or what my ‘take away’ for improving life after Covid will be.  I think there’s enough of that out there already though – Sophie in 2C’s mum has a whole YouTube channel dedicated to it.  As I neck my second glass of wine of the evening I will make a toast of solidarity to the other working parents out there who are only just holding their sh*t together.  I have no idea if I can do this, so I’m not going to tell you you can – but I will tell you that as you fall head first through this blackhole, you are (metaphorically, at least) not alone.

Nadia von Benzon is a Lecturer in Human Geography at Lancaster University and a mother of five, living in Manchester, UK.

If you have a story you’d like to tell about your experience of motherhood during this time then I’d love you to get in touch – hello@guiltymothersclub.co.uk