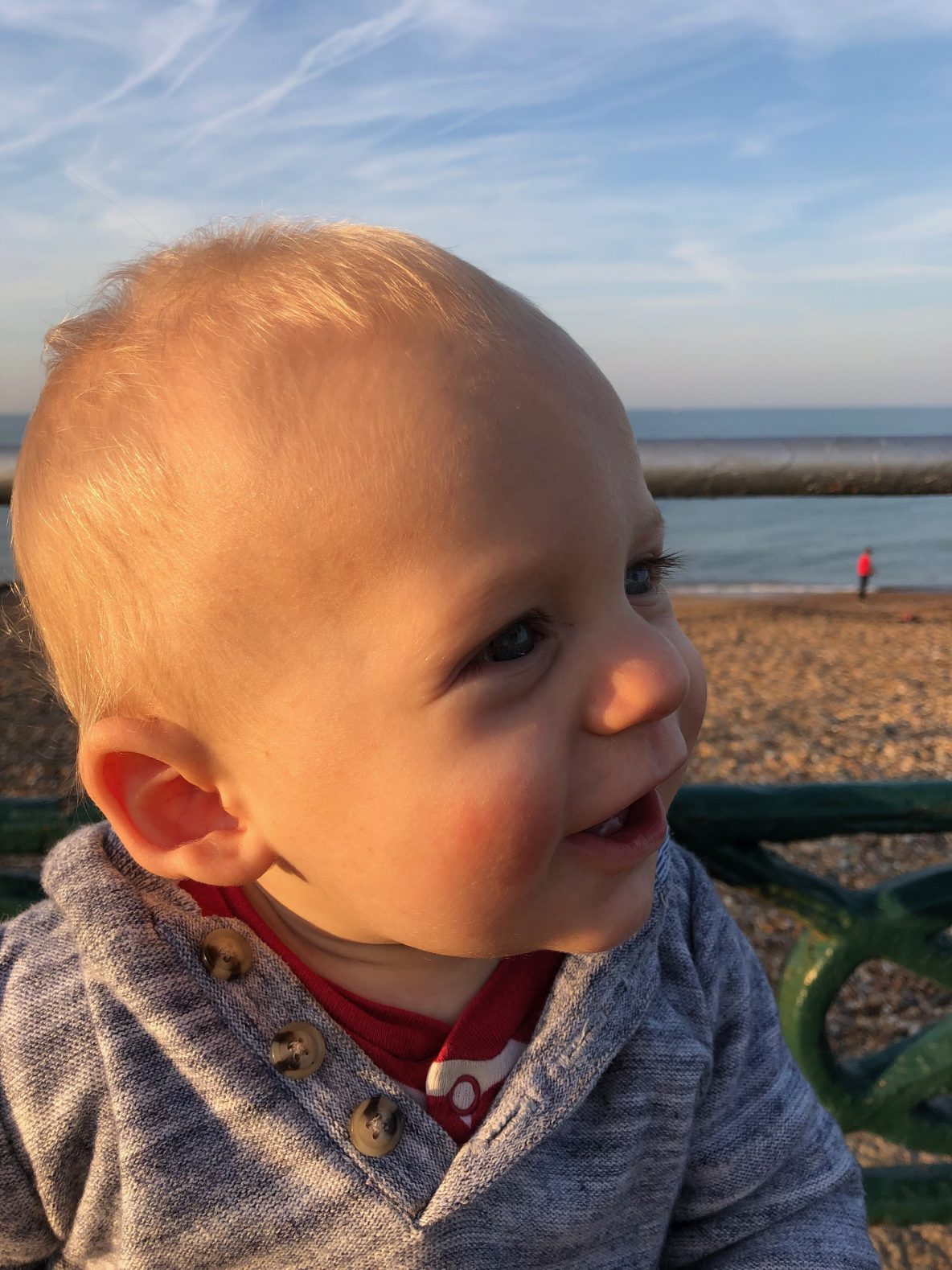 Prior to our youngest being born we planned roughly what time I’d take off work – for me that was around four months. However, in reality that very much didn’t happen. Here’s how we shared our leave after having a baby!

In actual fact I extended my return to work to almost a year.

Our initial plans were partially due to finances (maternity allowance isn’t the greatest), partly because I mostly run Guilty Mothers Club alone so stepping back isn’t easy, and also largely because my husband, Gazzy, was going to share the leave this time. I was going to do the initial four months (whilst he ran my business part time) and then he was going to take over. But things didn’t quite turn out that way. In actual fact it has been far more difficult and also, in other ways, far easier than we thought.

Raffi had tongue tie when he was born and lost weight quite quickly, the first few weeks were really quite stressful with a baby who just did not stop crying and I am still processing some feelings of sadness and anxiety as a result. He also has a few different allergies and silent reflux, meaning that 11 months in and we are still lucky to get 4 hours sleep in a row. As anyone who has a baby who doesn’t sleep will know, it is debilitating and overwhelming. It plays havoc with your relationships and mental state. It is all you can think about and I’ve suffered with post-natal anxiety (which I talk about here) which I’m certain is partially as a result. You start reasoning that you can cope as long as you get 3 hours sleep a night, which simply isn’t true. I’ve felt physically and emotionally drained for a long time, to be fair that still isn’t over but in recent months, as he has needed less breastfeeding, splitting the nights with Gazzy has lessened the impact. I mean it probably means that we are both now close to the edge but at least I’ve not stepped over it!

On the other side of the coin my time with him in the days has been wonderful. He is funny and snuggly and adventurous and so, so happy. I’ve taken it much easier this time round, spending lots of time at home, going for walks, being lucky not to feel the first time pressure to attend too many classes as I did with previous leaves. I’ve loved watching him change daily, I’ve stared at his tiny fingers for hours, I’ve been lucky to have plenty of coffee dates with lots of lovely friends. And, perhaps knowing that this is DEFINITELY our last baby, I haven’t wanted it to end. It has also been amazing to share the experience with Gazzy (who only took the standard two weeks of paternity leave with the other three). It has definitely given him a new insight into early months with a newborn, a really close bond with his little man and the fact he would take a bottle meant that I could express which gave him a bit more freedom too.

Gazzy did also take over running Guilty Mothers Club for a few months (you might remember) so that I could completely switch off and this was a godsend. It meant some great insight from a fresh pair of eyes and I could at least switch off temporarily. We had an intake of our Game Changers development programme in April that just would not have happened should it not have been for him. But we knew this wasn’t forever and he has since moved to a new job, working for a brilliantly flexible company (he worked 3 days a week up until this month), with a far nicer commute (previously 2.5 hours a day). This meant his headspace for doing my business too just wasn’t there.

So I started doing odd bits of work using up my KIT days (you are allowed to use 10 with maternity allowance, this is my first time taking leave whilst self-employed and I have really felt the challenges of a system not remotely set up to support small business owners and freelancers). The small pockets of income kept us going and the months rolled on. I went from being worried about stopping work to blasé about starting again, I suppose I lost my mojo a bit, tiredness meant my decision making was pretty awful and I also did a lot of reflecting on what and where I wanted to go next (more on this on a future blog post). Also the summer holidays were looming, that period where many working parents battle with 6 weeks of days to fill, trips to book, guilt to manage. It felt like the best move would be for me to extend my maternity leave and cover this period – which I did.

I can’t say it was the easiest holiday, so many kids with different demands and requirements was full on. But we got through it and then suddenly it was September and a load more newness that I couldn’t avoid much longer. We staggered the changes to allow us to support each move happening. Gazzy returned back to four days at work, our third started school and then baby Raffi started part time with our brilliant childminder.

And I’d sum it up as emotional. Deeply emotional.

I feel so sad that my maternity leave is over, even though Raffi has spent lots of time with Gazzy during his first year and it’s actually included a smattering of work throughout. The day he started in childcare feels like a real step change, a new beginning, new routines and experiences for him and us. When I see new born babies I feel a guttural longing for those early days, it’s almost physical. When I am out in a café working and see other babies with their parents I can’t stop staring, I can see his little face, I can’t wait to get him back in my arms. And yet I am really excited about being able to give work 100% and not feeling like I am being split in all directions. The new membership I am planning to launch (sign up to hear first here by the way) is going to be incredible, I really believe that, and it is something I am deeply passionate about so can’t wait to get going. Believe me I know how lucky I am that my return to work involves doing something I love (I’ve worked with so many women to help them get to this point so feel grateful daily, the membership will continue to include content and support on this front by the way). And yet I also want time to slow down, I am trying to be patient and not take on too much.

It’s not been the easiest first few weeks back either, we’ve had sickness, our second child off school for two days and a random hospital appointment to contend with. I’ve had to do some serious management of my feelings. Frustration, guilt, disappointment and apprehension have all surfaced. But there have been many positives this month too – Raf has settled in well, our little lady is absolutely loving school and I have got back into my morning routine, including meditation, which is helping LOADS.

We’ve been so lucky that this whole last year has been quite fluid. How we shared our leave wasn’t exactly as we had planned but we’ve made it work and I feel exceptionally grateful that although financially it’s been tough, we’ve both been able to support each other. I would definitely encourage anyone to take up shared parental leave if it is even remotely possible. And to consider totally new and different routines and ways of working, nothing is forever, we are constantly shifting and adjusting our lives to fit with our needs. I know it isn’t always easy (believe me Gazzy stayed in his old job far longer than he wanted largely because he couldn’t find another one which was less days). But in being clear on our values and priorities and asking the right questions we’ve got there.

Whatever the circumstances of change there are always peaks and troughs and it can be hard returning to work after having a baby – the period of transition is big, it is unsettling, it does require some trial and error. The main thing I focused on was being kind to myself. Acknowledging that it won’t be 100% right first time and smile when I forgot his shoes on day two (yep). To catch myself when the story about this ‘all being too hard’ or that ‘I can’t do it’ becomes too loud. To ask for more help wherever possible and do anything necessary to make life easier.

It is an emotional rollercoaster because we care so much, and this is a beautiful thing.

And when all else fails, I’ll still be reaching for the coffee (or the wine) and riding it out, because it’s a true fact that even the most scary rollercoasters eventually slow down and set you straight again.