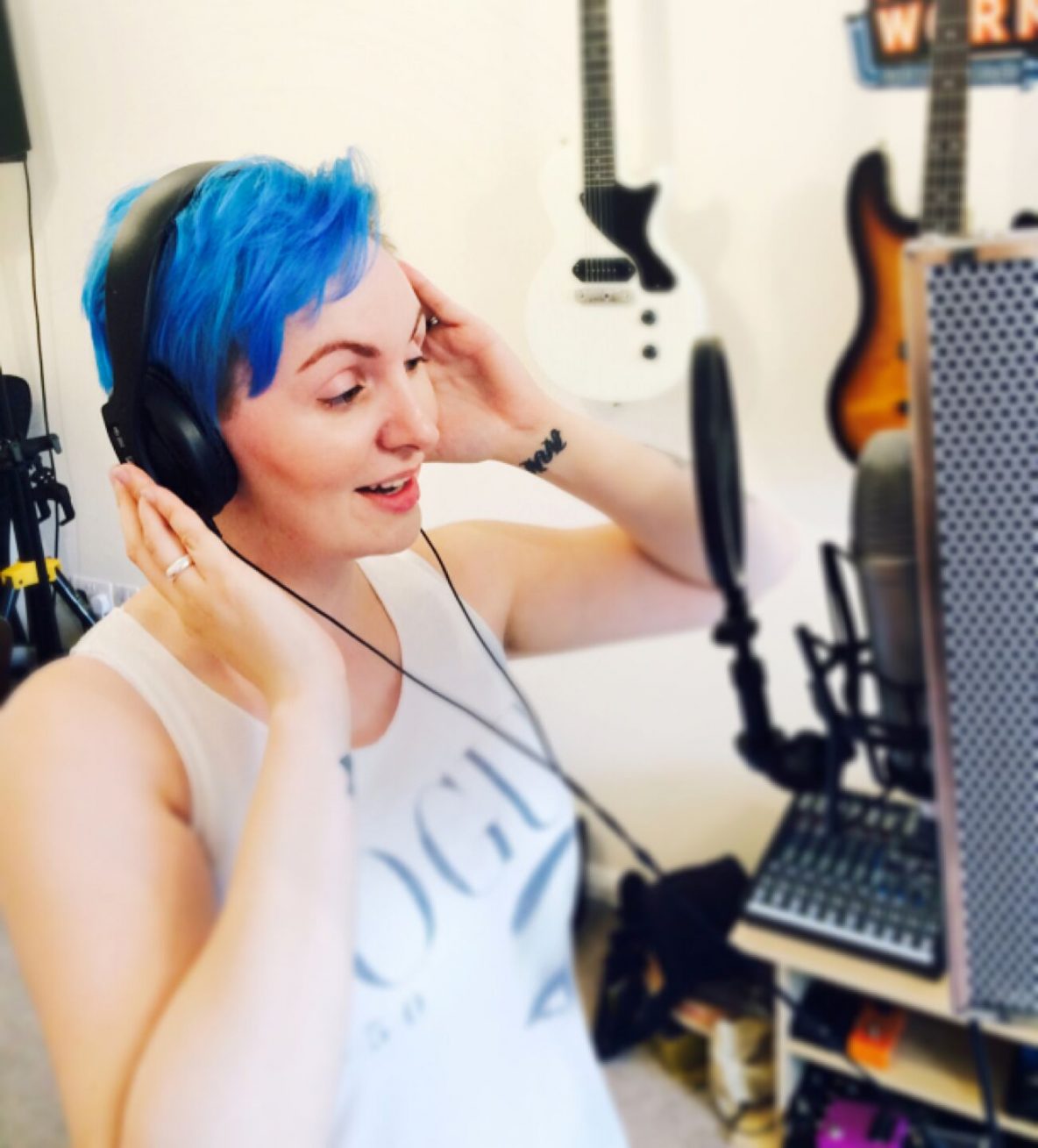 A beautifully honest story about life as a singer / songwriter, coping with post natal depression and setting up songwriting workshops to help other women in a similar position. Rachel, you are an inspiration…

Q. Tell us a bit about you and your family?

I’m a married mother of two. Our daughter is aged 2 and our son is 9 months old so they are quite a handful at the moment but give us endless joy. I’m lucky to have a very supportive husband helps enormously with the children, and he loves that I have so many crazy ideas to set up different businesses. My parents also live nearby so kindly provide childcare while I’m teaching and give us tremendous support as a family. It’s really a team effort and I know that I couldn’t run my businesses without the support of my parents and husband.

Q. Tell us your story, what prompted you to do what you are doing now?

I’ve been a professional singer and songwriter for 15 years. I gained my Degree in Music and Masters in Songwriting and since then have worked with upcoming and established musicians, leading songwriting workshops and writing with a variety of different musicians.

After giving birth to our daughter, Layla in April 2017 I suffered badly from postnatal depression and psychosis. I didn’t tell anyone how I was feeling as was convinced if I admitted it they would think I was an unfit mother and take my baby away. I know that sounds irrational but I’ve since learned that’s a pretty common thought amongst mothers with postnatal depression.

I struggled on for 6 months before I told anyone how I was feeling. During these 6 months I recorded an album, shot a music video, filmed a National Television Award-nominated television show for Sky One and worked with pop stars including Midge Ure, Imelda May and The Vamps.

I found that working in a creative environment really helped lift me out of the darkness of postnatal depression for short periods of time and that singing and writing songs helped bring back a spark of light to my soul.

After finally admitting I had postnatal depression I had some talk therapy from my Health Visitor which helped enormously. I told my husband how bad it had been at times after Layla was born and we made a pact to be completely honest with each other about our mental health especially as we were lucky enough to be pregnant again.

I then gave birth to our son, Elias in October 2018 and immediately self postnatal depression set in again. This time I told my husband straight away and got medical and emotional support from the NHS, for which I will always be incredibly grateful.

Over the next few months I began writing songs about my life as a mother and my mental health. I then decided I really wanted to help others struggling with postnatal depression as it can be such a lonely and isolating time, so I set up Lyrical Light and have since had the honour of writing songs based on the stories of postnatal depression survivors which they now proudly sing as part of their mental health recovery journey.

Q. What have been your biggest learnings along the way?

That being honest with yourself and others can have wonderful and life-changing results. I denied my struggles with postnatal depression for so long and it did me no good at all. When I finally admitted it I felt so free and was able to draw closer to the important people in my life who I had held at bay for months.

When I publicly admitted my struggles with postnatal depression on social media and my idea to set up Lyrical Light I had messages from so many people who said they too had struggled and that my small act of bravery helped them admit they also had postnatal depression.

Something I’ve learned is that if you simply be who you were meant to be you’ll set the world on fire.

Being honest with myself and with others has changed my relationships, my career and my mental health.

I teach private singing lessons every weekday from 3pm until 8 and on two nights a week I run my choirs; a community choir, junior and a senior show choir, after my private teaching.

I look after our children during the day, getting bits of admin done, articles, songs and blogs written  during their nap time. I feel like I get the best of both worlds this way, I still get to fit in my work but spend plenty of time with the children playing, learning and having fun together.

I try to keep my weekends free for family time but occasionally teach vocal workshops, lead worship at our church or judge a cappella and show choir competitions. I’ve tried to limit the amount of time I now spend working abroad performing, judging and working with pop stars as I want to spend as much time with our children as I can before they go to school.

Q. What can you tell us / teach us about creativity and mental health?

Last year the British Journal of Psychiatry published a study into music and mental health, looking at mothers with postnatal depression who took part in a choir. The study showed that their symptoms improved vastly due to the endorphins and oxytocin released into the body when they sang.

Before I read this study I had seen evidence of this before in choirs I had directed so knew there must be a correlation between creativity and mental health.

I found during my darkest days of postnatal depression that listening to certain songs would lift me slightly out of the despair I was feeling and if I could bring myself to sing I would always feel better afterwards. Some days I would just do a vocal warm up as that would get my heart pumping, my breathing deeper and pulse steady.

I think exploring creativity is key to better mental health. For me it was singing and songwriting that made a difference but for others it could be painting, sewing, sculpture, poetry, blogging, dancing or anything else that captures your imagination and helps with the healing.

Q. What advice would you give other women who are in your position or who want to make a change but don’t know how?

If you are struggling with postnatal depression, prenatal depression, anxiety, psychosis, birth trauma or anything else connected with your journey as a mum I urge you to speak to someone. I felt that I was the only person in the world who felt this way and therefore must be crazy and that no one would understand, but in desperation one night not long after my daughter was born I googled my symptoms and found hundreds of places online where people were talking about exactly the same things I was experiencing. Many of them said things began to improve when they had the courage to speak to someone about it and that counselling and medication made a big difference.

You don’t need to struggle on alone, you are loved.

Q. What do you wish the world knew about working mothers?

That we’re trying to do the best we can of raising our children and running our businesses simultaneously. Both these areas of life are demanding of our time, love and energy but we wouldn’t want it any other way, despite how exhausted we feel!

Sometimes the best thing you can say to a working mum is, “you’re doing a great job.”

It means the world when someone says we’re doing a great job as we often feel we aren’t.

If you want to find out more about Rachel and her workshops then you can head to her Facebook page or Instagram here.  You can also find support for post natal mental health issues on the Pandas website.