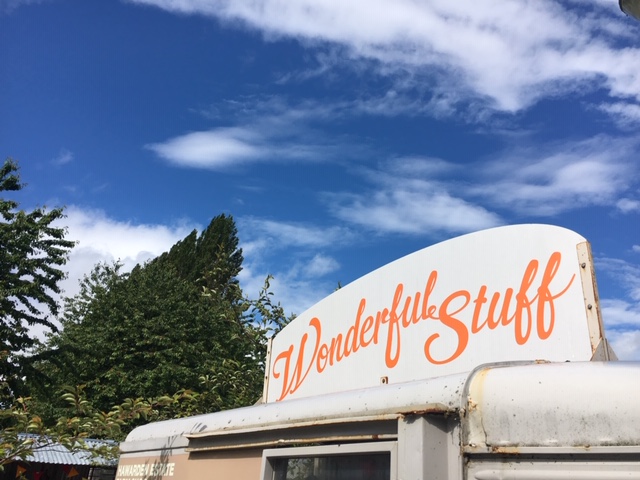 The school holidays can often be jam packed with trips, activities, play dates, fun, laughter and also…guilt. From how much (or not) you have to work and send them to summer camps through to whether they are having enough fun on the home days. But this year I am determined to be ready for it, here are 5 things I won’t be feeling guilty about this summer. Do feel free to add your own…

2. Looking at my phone too much. Yes I know, I know, this isn’t great. The aim is to put it down and be present and this is honestly something I work hard on most of the year. And I will be trying to leave it out of reach during home days but also, sometimes, I just need 5 (25, shhhh) minutes to mindlessly scroll through IG and gaze at random pictures of houses I can’t afford. It gives me a break from the monotony of role playing hospitals (yes this is currently a thing) and doing penalty shoot outs. So basically I’m not going to be feeling guilty about this either.

3. How much ‘entertainment’ I provide our kids with. How many days out / holidays / nice things they experience. Yes there will be a bit of this as well as a scattering of wholesome activities where we craft and play games and I get to tick all the parenting boxes. But there will also be plenty of times when the television is their play date and I ignore their pleas of needing something to do. Partly because boredom is good for them and they spend far too much of their lives being organised and structured (I’ve read this, it is a true fact, one of my favourites in fact, music to my ears. I think we should have it framed?) And also because it is crazy to think I could even nearly match their energy levels. I mean kids just don’t get tired out do they? And finally, because money doesn’t grow on trees, and this is also a good lesson for life. So, well, that’s that.

4. Eating a lot of cake and drinking a lot of coffee. Ditto wine and gin. No guilt, no explanation needed. If you see the hip flask come out at the park I’d appreciate a blind eye…I’ll pass it to you near the swings.

5. Maxing up on the self care. I’m talking about planning in some stuff to do with friends on evenings that will help rejuvenate me for another day of play. Sitting down with my book when Raffi is napping rather than dashing around like a crazy lady trying to get the house back into a useable state. Making sure I don’t neglect my meditation because I get too busy and tired to do it on an evening. Making sure some of the things we have planned are things I fancy doing too (major fan of a castle and a museum). On my holiday planner (you can still get a copy of the guide and planner here by the way) I have so much plotted in for us as a family and them as kids but I realised nothing to help fill my well, so to speak. So I am adding this on, being intentional so that it happens, because a parent on good form is worth a hell of a lot more than a grumpy one. No guilt, absolutely no guilt about this (well maybe a tiny bit but I’m working on it).

So there you have it, my list of things I won’t be feeling guilty about this summer. Now how exactly can I pin this to my forehead?.