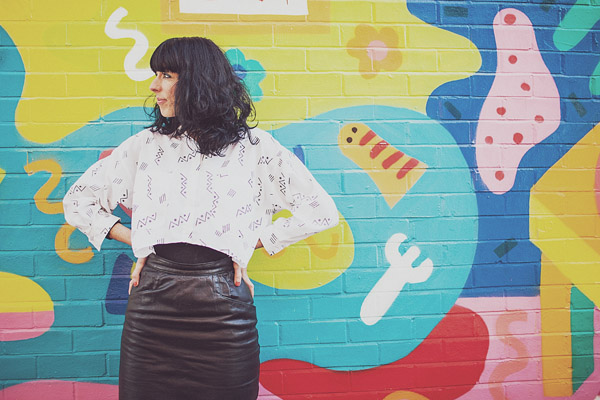 Changing the Game is easier than you think, says Rebecca, Life Coach

My name is Rebecca Levene and I am a game changer.

If you had told me I would be saying a such thing 2 years ago I would have looked either confused or incredulous. After all as a (then) 40 year old new mother (he’s a 2 & a half year old toddler now!) surely my path was set. This was my lot. Wonderful but all-consuming family time, a few holidays here and there, frequent Netflix binges and a deep rooted lack of fulfilment at work that cannot be addressed as I need the money and I can’t do anything else now – this was life. To consider change felt selfish and exhausting and terrifying.

Let me back up a bit. My story may be familiar to you.

9 years ago I fell into the job I had pre-baby. It was with a prominent higher education publisher based in London and I was a rep based at home in Manchester. I used to like saying I worked for a publisher as that sounded interesting and a bit cool, cutting edge. The truth was I worked for the sales team so my job had nothing to do with creativity or writing and everything to do with selling the books and resources to university academics, that’s not nearly as glamorous. The other truth is that I was ok at it, despite my internal battles, and it set me on a career course that I honestly didn’t really examine too closely or question to deeply. It was what it was, it paid the bills, gave me a decent amount of freedom and a company car, I didn’t hate my colleagues and the holidays were ok. I kept saying at least I wasn’t selling double glazing or insurance. That was my story and I was sticking to it.

Fast forward to returning to work after maternity leave, you all know that feeling. What happened was that I couldn’t bullshit myself any more. Believe me I tried. The effort and the honesty to admit to myself that my job was so far from who I was now and what I wanted to do with my time was daunting and overwhelming. I did a lot of moaning and dramatic sighing. So many people told me to leave, it was me who clung on to the familiar. It was me who needed to see that this job was just a fucking job. It was not life and death. There were options.

Hindsight is a great leveller though and looking back I can see now that my job, on paper, was great; but for me – not so much. It neither massively interested me (education yes, sales and targets no) nor motivated me beyond my next pay cheque. But I felt that I was lucky to have a job in the first place and also to have a job that gave me flexibility and freedom on a day to day basis to fit my real life around my work. I was not micro managed or pressurised particularly. Hearing so many stories about people (mums especially) who have the exact opposite of that made me feel I had even less reason to consider leaving. But the niggling dissatisfactions I felt persisted, they always persist. They know everything.

I also, tellingly, felt weirdly envious of people who seemed to actually enjoy their jobs or were doing things that suited them perfectly. The thought of this being me had seemed so far away for so long but now I started to stand up to that belief. The idea of being my own boss, which had previously been something I had immediately dismissed as not for me, another story I told myself consistently, started to seem appealing. This was interesting to me and now looking back I am so bloody glad I listened to that intuitive whisper.

I just wanted out and so I started searching, at this point I didn’t know what for.

Enter stage right – Game Changers – I heard about the course through one of my best friends who featured it on her lifestyle site for mums – The Curve. It spoke to me. All the neurons in my brain started zipping around and signing up seemed a safe yet exciting step to take. Making it a real thing that I actually felt like this, it was not a myth anymore. I was doing something about how I felt about my job and that felt amazing. A.MA.ZING.

At this point I didn’t actually know what was going to transpire, only that it was a beautiful step in the right direction.

Working through the modules with Helen and the others on my cohort was such an eye opener. It set me on a journey that I could never have predicted. The biggest thing it gave me was the mindset that change is actually possible and more than that, allowed. I am allowed to think like this, I am allowed to want to learn and grow and I am allowed to want better for myself. As mums this is something that is easily forgotten as we majestically put ourselves at the bottom of the pile, often without even realising. It sounds crazy to say this, I am not a wallflower or an unconfident person. I am frequently the loudest in the room and wear a lot of statement earrings but this insidious martyrdom about my own life and ambitions caught me by surprise. It was only when I was able to investigate what was going on through a course such as Game Changers and then by working with my own life coach that the penny dropped. I saw the proverbial wood for the trees.

And so why life coaching? You know when something just grabs you and won’t let go and everywhere you turn things seem to point you back in that direction? Well that is what happened with life coaching for me. It fascinated me. I felt completely aligned to it, completely at ease at the prospect of doing this and even a bit cocky about the thought that I’d be really fucking good at that. Game changers helped me to see that I was right.

I felt empowered and excited and like I had a purpose again (outside of mother and chief cook and bottle washer).

Don’t get me wrong this didn’t happen overnight but by forging a new path towards something that felt utterly me, I could move forwards with confidence and, more importantly, I could move away from a job that now, more than ever, seemed redundant in the new picture my life was taking.

The cogs were turning, the sands were shifting, my world was changing. My perspective changed and the possibility of changing jobs and incredibly setting up on my own as a life coach seemed not only possible but inevitable. Wow, sounds dramatic doesn’t it!

And so that is where I am today. I signed up to do a coaching qualification with The Coaching Academy not long after finished Game Changers and I finally left my sales rep job in April 2018. I have been working as a life coach ever since. I want to help mums with their confidence and mindset, especially when it comes to limiting beliefs around career change. It is my crossroads moment story and I know I am not alone in the feelings I had, and continue to have, about myself and my career. I want to help other mums to navigate this terrain too. That is my purpose and I am here to share the love.

I am not going to bang on about how great it is working for myself and setting my own agenda – you’ve heard all that before, it’s amazing but it’s also tough setting up a new business. I have great days and ridiculous days and still a trillion things to learn and master, but I have never felt better about my work despite being in debt and not having a company car anymore! Without meaning to sound cliched despite obviously sounding very cliched – I have found something that lights me up. I am a lucky girl.

It was the trifecta of Game Changers, being coached, and my own personal inner journey that bought me here. You cannot have one without the other, you have to enter into Game Changers or any similar coaching or self development program with an open mind, a growth mindset, a willingness to invest in yourself emotionally and financially. But most importantly with the understanding that you will set off on a journey without necessarily knowing where you will end up and you’ve got to be ok with that. It’s not about leap and the net with appear or feel the fear and do it anyway – for Game Changers was the perfect mix of staying in the comfort zone whilst exploring options in a clever, nurturing and forward-thinking way.

Advice for people thinking that they want to make a change? That thought is there for a reason. Get coached to help you make sense of it.

Listen to it, step away from the disaster mentality for a moment and consider the possibility that making a change could go better than you could even imagine. That is just as likely a scenario to play out.

We have so much opportunity and power to create better for ourselves and the only thing stopping us is us.

I could go down an inspirational quote rabbit hole here so I’ll stop.

If you want to connect with me I’d absolutely love that – you can find me hanging out on Facebook and Instagram currently.

With love, light and belief in you.

Find out about the next intake of Game Changers here, including the new Game Changers GOLD which includes one-to-one coaching sessions and more. Or check out the blog to hear more hugely inspirational career change stories.