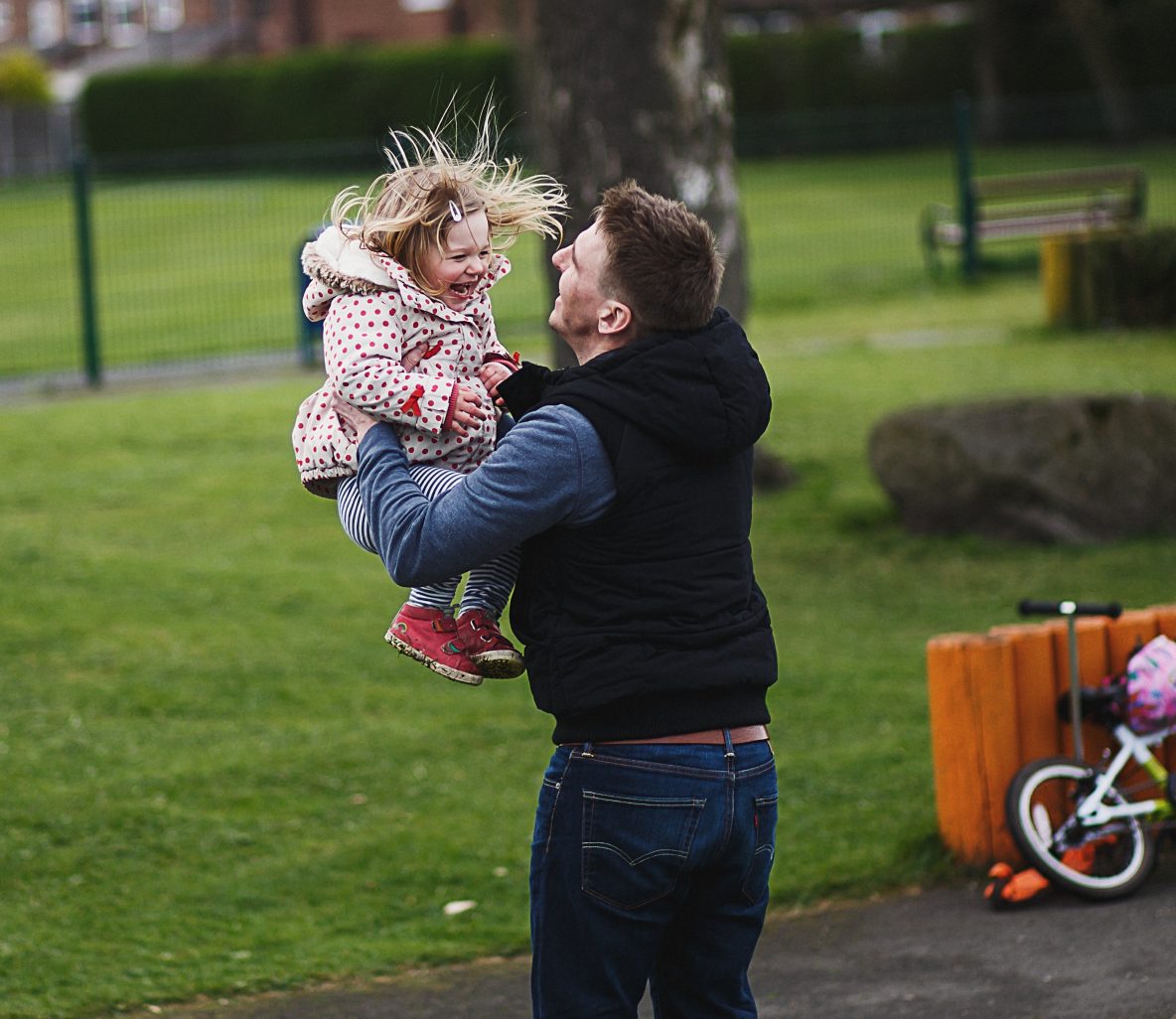 18 months ago I took a year-long career break from a relatively senior position in a large corporate business where I had worked for the previous nine years. I did it to be a full-time parent to our three kids (aged six, four and two at the time).

I’m not keen on the title ‘stay-at-home dad’. It feels tainted by the word ‘just’, like that should be its official prefix. And you don’t really stay at home. Parks is where you stay. All the live-long day. What you doing on your year’s holiday, mate? I’m off to be a stay-at-parks dad.

Most people were surprised about what I was going to do. Reactions included, but were not limited to:

They were generally contributed by:

You can try and match the number to the letter. It’ll be a fun game.

Having agreed my sabbatical, I then continued to work for six months before it started. I went out in a blaze of glory involving a hired canal boat, a partially transparent admiral’s suit and copious amounts of a green liquor that to this day I’m not sure was intended for humans. I then got up the following Monday morning, full of excitement at my new routine and did loads of fun things with whichever of my kids were around.

This isn’t a fairy tale account of the following year where me and the kids skipped home from school every day and made spaceships out of over-sized Amazon boxes and ate ice cream and made dens in the woods and went to bed late and used phrases like ‘lazy summer evenings’ and ‘childhood wonderment’. We just went to parks.

Now, before you scorn all over me, I’ll issue the following caveats:

But I did gain a tiny insight into some of the things that women must go through in leaving and re-joining the working world.

I felt good leaving. I’d had a while to plan it, handover, get buy-in from my team, speak to my boss and my boss’s boss about returning and keeping me in mind. I was excited about what I was about to embark on. About spending time in parks.

At first I kept in touch with loads of work colleagues. I still had a sense of what was going on in the office, who was leaving, who got promoted. I went on a couple of nights out. We had some banter about my favourite parks.

The weather was good – my sabbatical started in May – and the evenings were long. We were outside all the time (in parks). Walking to school several times a day (one did full days, one did afternoons) was nice.

Then it got colder and darker. My work WhatsApp group came to a natural halt. There were less people in the sodden, mud-riddled parks. It was almost impossible to find sufficient pairs of matching gloves for all the kids who needed the gloves.

So, eight months in, it’s January 2018. I’m having an AMAZING time with the kids. And without the commute. And I started to think about my return to work. (My career break didn’t guarantee me my job back at the end of it so it was up to me to find something to return to within the business.) I went back in for an actual adult meeting, something I had spent most working days doing until recently but which suddenly presented a slight feeling of nervousness.

I wanted to go back part time. A fairly common occurrence where I worked but not particularly at senior levels. And definitely not for men. I was open-minded on which function I returned to, what days I could work and about job-sharing if that helped. In retrospect I surprised myself at that. My mentality had quickly become about helping the business to fit me in. I found myself compromising a lot, agreeing to consider jobs that I wasn’t really interested in or that I knew I wouldn’t enjoy. This had nothing to do with my employer – more a symptom of my reduced confidence at work having been out of it for a while.

There then ensued a nervy couple of months where I was basically waiting for a job to become available at the right level, in the right function. The first bit happens from time to time but it was no good if the vacancy was in Finance or Legal or Property. You don’t learn the basics of retail construction by continually climbing the wrong way up tunnel slides, you know.

Long story short(er than it could have been) an almost perfect scenario presented itself at the eleventh hour. Like Bruce Willis diffusing the bomb with the countdown on 1. A job-share with a colleague I knew and trusted (returning from mat leave) in the same team as I’d previously worked.

So that was all good. And then I went back. It was still lots of the same people and the work was familiar but my place in the office wasn’t.

Because, funny thing this, no one else had paused for a year. Some projects had been completed but when they were mentioned no one spent the next hour back-filling the story for me so I had context. The entire office, all 2,000 of them, had kept on going without me. Acquiring skills and knowledge and understanding and stuff. I was like a newbie on work experience despite the fact I was actually the most experienced person there. And it’s really hard not to let that affect your confidence. Not to let the self-doubt creep back in. Can I still do this? All these bloody kids (seriously, some of them are born in the late 90s) are on the ball. And they aren’t sleep-deprived. And they can socialise on a whim without needing a month to arrange a babysitter. And they’re going to be the future of the business and you’re just a washed-up has-been who doesn’t belong here.

And you’re no longer first in line for the next promotion. And, in any case, you’re now ‘only’ part-time and therefore won’t be interested in career progression because clearly your priorities lie elsewhere. This is like being ‘just’ a stay-at-home dad. Oh, yeah, you need to speak to so-and-so about that ‘but’ they only work part-time. BUT? IF ONLY EVERYONE DID WHAT WE ALWAYS HAVE DONE AND WORK FULL TIME. MONDAY TO BLOODY FRIDAY. 9 TIL BLOODY 5.

I tend to get a bit carried away. Sorry about the capitals. My point is this: I’ve heard lots about what it’s like for mums when they step back into the office after maternity leave. The emotions, the non-stop juggle between home and work, the adjustment. I’ve heard it three times from my own wife. And I can now understand some of it. I can understand how hard it is and how little support there is available. Returning to work after time off to be a parent? Hardly a walk in the park.