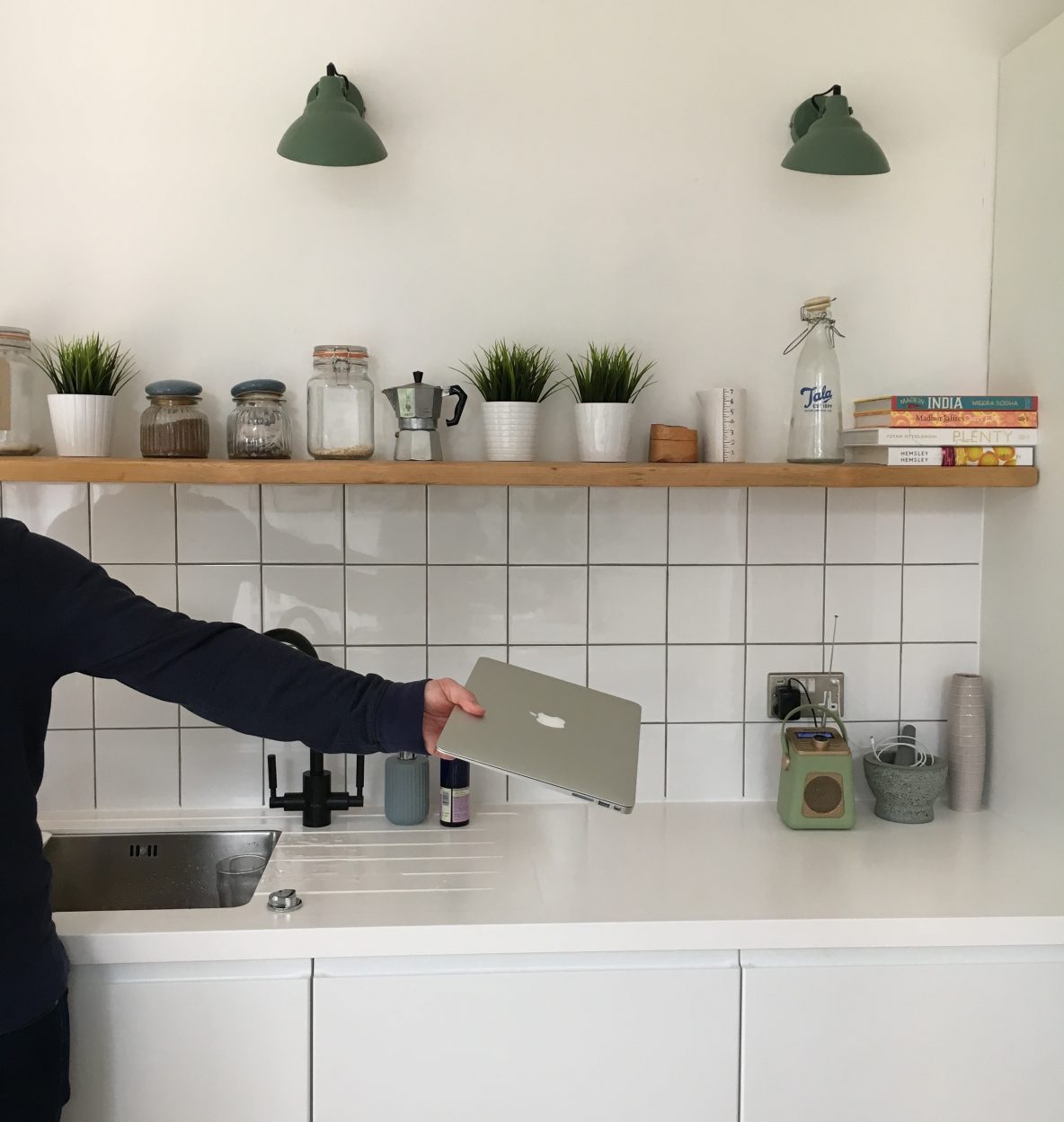 It feels like we’ve spent the last seven years since having our first baby trying to figure out a system that isn’t set up to support working parents and a society that is intent on promoting productivity and being busy above all else. A constant battle to discover which way works, which one of us works, how to achieve some semblance of balance between work and home. It’s at times felt overwhelming, tiring and slightly stressful and yet also of course, truly amazing to be growing and nurturing a young family. Now pregnant with our fourth baby we are about to undertake our next career switch – passing the baton if you will. This is the first time I’ve been pregnant whilst self employed (I’ll save my rants about the lack of support for self employed parents for another blog post), so here’s how we are hoping that it will work… 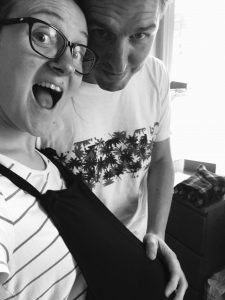 I stepped back on my career initially (perhaps, no in fact definitely, unknowingly) by returning to work part time. We’ve struggled with childcare costs and flexibility over the years (at one time having all three in nursery and paying more than our mortgage and most bills combined in order to both stay in some sort of employment, not to mention being sat outside the nursery doors at 7.30am and the final ones to pick up most days). I faced a pretty low period of maternity discrimination on the one hand during a subsequent return to work, followed by a few years of running my own thing, doing work which I feel truly passionate about.

Then, as anyone who has followed Guilty Mothers Club for a while will know, last year we did what I have called our second ‘Game Change’. The first being my jumping ship and going solo (you may or may not know that if you are wanting to do something similar the Game Changers programme now supports other women with this very thing – making their own changes to career or family life). This second iteration was that Gazzy took a year long career break to be at home with our family and I returned to working full time (kind of, 30 hours a week ish). And so the dynamic shifted again, our careers switched and the baton was passed. This changed our lives in so many ways and we’ve both written a blog post about some of that to be published shortly. Not least that Gazzy decided he wasn’t ready to return to long days, a long commute and seeing the kids for an hour or so a day max. He applied for flexible working and now does two days a week, meaning up until this last few weeks he has been the primary carer for our brood.

Now, very pregnant with our fourth baby, for the next 3 months we are swapping back again. 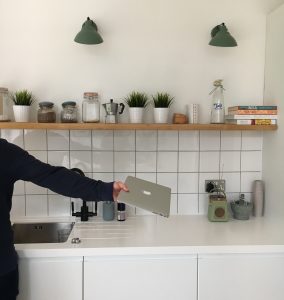 I plan to breastfeed and clearly am the only one of us with the right equipment, not to mention wanting and needing to focus on the very real fourth trimester of recovery and reconnection and bonding (which I know some mothers, like those in the US, don’t always get which is just plain wrong).

So Gazzy will be doing some work on Guilty Mothers Club to keep things ticking over whilst I go back to full time motherhood. I mean this isn’t even a term, we are all full time mothers, but for the purpose of this blog you hopefully know what I mean. At some point we’d like him to take a longer period of shared parental leave too from his main corporate role but unfortunately, on statutory maternity pay, we can’t currently find a way to make this financially viable (no surprises why the take up UK wide on this front is so low – around 2%).

It won’t be a clean break, I’d like to completely clear my head of anything work related but realistically that probably won’t happen. But the things I will retain are the bits I love anyway. I’ll still be doing the live calls for my courses and interacting with fellow mums on the Facebook group, for example. But most of the day to day running will go to him, eeeek.

Honestly, this feels a bit weird and unnerving. I am a total control freak, well and truly. I have built this business over the last three years and know it inside and out. But we’ve been working on this plan for the last few months and he has already made me think differently. He has a totally fresh pair of eyes, not to mention a MSc in Internet Retailing, so his advice and questions are revealing to say the least. He doesn’t have the imposter syndrome I have to fight most weeks, he is far more practical and logical (a lovely balance for my dreamer nature) and is equally passionate about the WHY behind the work I do, which is important. 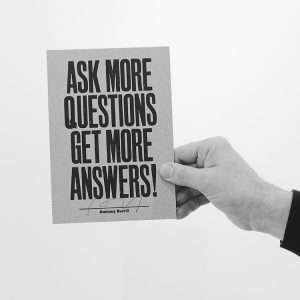 There is of course one quite crucial difference between us, particularly obvious when it comes to the branding – he is not a mother. There will be experiences and challenges that he just doesn’t face with his privileged male status. Is this a problem? Should he stay behind the scenes? We debated it for quite some time and decided not, after all he is still a parent and has been, albeit in a less direct way, impacted by the maternity discrimination I’ve faced and a part of the many, many conversations around how to make things work as a family when society just isn’t set up to work that easily for working parents.

I actually think he may well bring a totally new and interesting angle to proceedings, especially considering I am 100% of the opinion that men need to be part of the conversation and solution if we are to fix the motherhood penalty and achieve any sort of gender equality at home and work. I hope, no I KNOW, that his views will be interesting, refreshing, that his take on my whole business (alongside my own thinking from stepping back) will be positive.

We’ve been really lucky to flex up our lives and careers in the ways that we have over the past years. I feel exceptionally grateful for even having some of these decisions to make, though also conscious that I don’t downplay some of what we’ve achieved and recognise that we’ve actually had to make it happen. It’s been scary at times and involved lots of difficult conversations and compromises along the way – particularly financially and on the career progression front, which I absolutely do not think should have to be the case. It’s not all been plain sailing by any means, again something that I plan to write more about because I know so, so many families face these sorts of dilemmas on how to make things work.

So I’m not saying over and out and you won’t find the out of office on if you want to get in touch. But you may notice a few changes happening as we move into a massively new and exciting chapter of our lives as a family of six, complete yet another career switch AND move into a new era for Guilty Mothers Club.

One Comment on “Our next career switch – passing the baton”