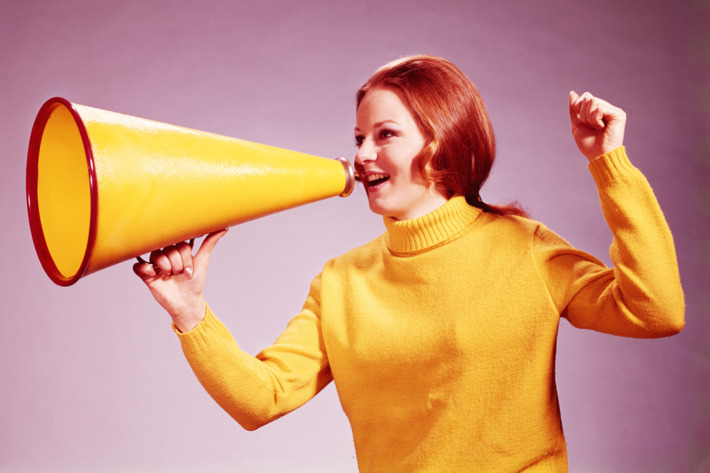 I read somewhere that if you own your own business you could probably triple the number of times you mention what you sell on social media and it still wouldn’t be too much. I guess due to the algorithms and the like this probably makes sense (anyone else get very confused by all this?)

It was my immediate reaction to this fact that got me thinking; I immediately felt uncomfortable with the whole idea.
“Nooo, I couldn’t possibly talk about what I offer much more, people would be bored, uninterested or, God forbid, I might even annoy some people by mentioning it again and again”. 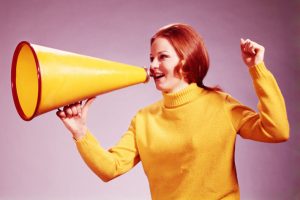 Then this week I did a couple of Facebook / Instagram lives to talk about what we do here on Guilty Mothers Club and I realised something. Not everyone was quite so knowledgable about Game Changers  and the club as I thought. I had lots of questions about what the course actually involved, I had people who had never heard about it before. I realised that I’d assumed people were as wrapped up and engrossed in my business as I was.  I don’t think I’m describing my huge ego here but possibly the situation for many of us. What we think is big news and all encompassing often isn’t for others. I’m also describing my ongoing issue with shouting about something I’m really proud of for fear of sounding like a self promoting idiot.

But here’s the massively liberating fact: People are far too focused on themselves to be worried about what you are doing.

And this fact is liberating for a few reasons. Because basically it means we all need to worry far far less about what people think of us, whether people are judging our mistakes or in fact even noticing, whether that be the lady in the supermarket during a toddler tantrum or the teen in Topshop as you wonder whether you can fit in those jeans (we’ve all been there, argh). The lady in the supermarket is probably thinking back nostalgically to the days when she enjoyed her children lying on the floor and demanding a yoghurt (because surely at some point we will romanticise these events?) And if she is judging, well then that says far more about her than it does about you. And as for the teen, I wouldn’t even want to start imagining what she is too busy thinking about (I’ll be honest this really means I have no idea, I am so far from being down with the youth it is untrue) but it definitely isn’t whether the Mum shopping next to her realises that she shouldn’t be wearing stuff that she technically could still have in her wardrobe somewhere from first time round. At first that fact feels a little harsh, what so no-one is interested in what I’ve decided to wear today? But thought about another way…”ahhh, so technically those sweat pants are fair game for the school run”.

BUT and this is a massive but, it also means that we need to turn up the volume big time on the good stuff we are doing if anyone is going to hear about it. Anyone who works in marketing is now literally reading this like, “duh, you don’t say. Maybe you need a little help on this front, haha”.

I know this is an issue for women in particular. So many women I’ve spoken to over the years find this really challenging and are visibly uncomfortable sharing what they are good at and their achievements (I know, we do this on Game Changers as a result). There are of course many reasons for this (which I won’t go into here but suffice to say most men do not seem to struggle in the same way).

But what would happen if we tried out this tripling technique within any work or even personal situation to amplify our achievements and what we are doing? You know, keeping in mind that people are far too busy worrying about themselves to care whether we are full of ourselves (which we’re not).

That project you were a major part of, that interview that you are really proud of, that blog post which you wrote, that piece of work that you did. I’m thinking we all could do with amplifying our efforts a little more.

If you think you’ve mentioned (read: whispered) your contribution during a meeting then the chances are it wasn’t loud enough. Make it 3 times louder.

If you get recognised for a project then why not share that recognition with three others (urgh, rather than just quietly file the email or maybe even pass the credit on. This image by the way is from Feminist Fight Club – check out their IG feed for lots more where this came from).

If you’ve had a major business win then rather than keep this to yourself for fear of sounding like a loser get it onto Instagram. Three times. In different ways (I’ve got no idea on marketing by the way, as you can tell, this might not actually be a good recommendation but hopefully you see my point). 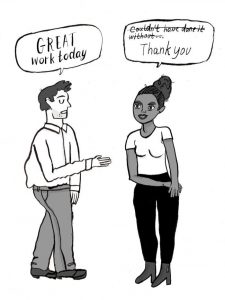 Or if you’re not being recognised by those in senior positions then do it yourself. Three times louder and with three times more force than normal. Then do it for three other women whilst you’re at it.

And if you’re a fellow female business owner be aware of how this underlying uncomfortable feeling about shouting too loud might be holding you back. We talk about women demanding a seat at the table, demand your place on social media, demand your air time, demand the recognition your business deserves. Whenever you feel a bit weird talking about it then recognise this and force yourself to do it three times more. As I shall be trying to do for Guilty Mothers Club and everything else in future that I believe in.

You might then be just nearly talking about it enough…