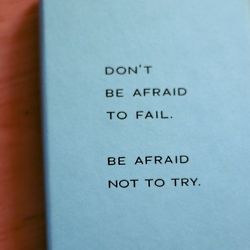 This week I was asked to do something that was so far out of my comfort zone that I almost said no. I am usually pretty good at forcing myself to do stuff that scares me but this was a step too far, it was way into the panic zone, which, I told myself, is surely not productive and helpful.

Ah how we are good at making excuses and justifying the easiest option. I still don’t believe that spending long periods of time in a state of panic is positive but honestly, in this case, I was just scared. 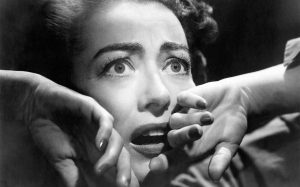 Largely scared of messing up, sounding stupid, basically failing. I wonder how often this fear stops us doing the things that would make us truly successful and have a real impact? Notably I believe this is one of the biggest hurdles to get past when considering a change of career or starting a new business or any sort of Game Change. In fact I’d probably say it is THE biggest hurdle and it’s for this reason that the Game Changers programme has techniques, challenges and support woven in throughout on managing this fear.

So, what can you do if fear of failure is stopping you acting on something, slowing you down, keeping you stuck.

Here are 5 suggestions of things that have and did really work for me:

1. Learn from those who have made it their business to fail and bounce back. The ever-inspiring Steve Jobs has become a poster boy for rebounding after failures. A college drop out, fired from a company he helped to build, product failures on quite a public and major scale but yet remembered for achieving massive success.

Apparently within speeches and more generally he talked about the 400 or so failed projects far more than the few successes that we know about. He counted these up and used them as ammunition, almost driving him forward towards something greater.

When you see someone who inspires you, who has supposedly ‘made it’, consider what they have had to do along the way, ask them, read about it and recognise that setbacks are of course completely normal and in fact necessary.

Inspired by this I’ve since created a log of failures in my journal. This might sound like complete craziness but in expecting, sorry aiming for this page to be filled it has reframed how I view failing, as part of the process rather than something to be feared.

2. Learn from when things don’t work AND when they do

Throughout my entire career I’ve had a learning log. This sounds super geeky and truth be told I completely am. But whether you are that way inclined or not it makes total sense to reflect and learn from both our failures and our successes.

Another key quote from Steve Jobs:
“I didn’t see it then, but it turned out that getting fired from Apple was the best thing that could have ever happened to me. The heaviness of being successful was replaced by the lightness of being a beginner again, less sure about everything. It freed me to enter one of the most creative periods of my life.”

Bill Gates also states:“It’s fine to celebrate success, but it is more important to heed the lessons of failure.”

The only thing you can fail at is not getting up again afterwards, and if you think about it this is completely in your hands. I tell my children this all the time. As long as we learn and grow as a result then what’s the worst that can happen?

As women I think we can be notoriously hard on ourselves so I also think it is just as important to recognise when things have gone well and celebrate and build on these too. Whether successes or failures the key point is that we use it as an opportunity to learn. My scary thing went o.k but I have still learnt loads and written it all down for next time, including the things I nailed (like my nerves – hooray).

3. Visualise how you will feel on the other side.

Whether this is the other side of a presentation, a phone call you’ve been putting off or a whole career change you are planning. Before my earlier example I visualised the very best scenario once I had successfully completed the task. This sounds a bit nuts but I imagined others telling me how well it went, the emotions I’d feel, even the future opportunities that might come from it. Of course this is best case and in reality may never happen but this definitely helps with nerves. On a larger scale I visualise the stories that I will tell my littles in years to come around taking a risk and having no regrets. I actually use my failures so far as part of my story which only serves to make it more interesting and brilliant when I get to the bits where things all work out– haha.

4. Accept that you feel scared and do it anyway.

Far easier said than done I hear you say but actually just saying yes to something that terrifies you can feel quite exhilarating. Not dwelling too long on the hows and the ‘what ifs’ but almost embracing the fear and seeing it as excitement (using it in a positive way) is really effective. There has been lots of good research on this recently, if you like a bit of theory around why this works check out Kelly Mcgonical’s TED talk on why stress can be a helpful emotion

We’d never suggest with the Game Changers Programme that someone simply resigned from their job and did something new the next day. This might be the impetus some people need for a big change but with a family to support and so many other priorities we suggest having a plan to work towards is far more preferable. But being open to possibilities, embracing / enjoying the journey and that uncomfortable space between where you are and where you want to be really is key. With each step along the way try to laugh at how bloody scary it all is then just do it anyway.

5. Get used to talking about fear of failure in a positive, proactive way.

Following something that didn’t go as planned I find it really useful to openly and honestly dissect with someone else what happened, both for thinking creatively about what next and also removing the emotion and adding in some logic. You might think the world has ended after a horrendous interview for example, but a friend, mentor, coac

h, colleague will give you a very different perspective. Choose someone you trust and know will be helpful.

It can also be useful to tell these same positive, trustworthy people about your fears prior to doing something scary. You never know their encouragement and support might be just what you need to get through it.

Talking about it can also just get it out of your head – which helps with the negative self-talk that may have gone into overload e.g
“It was a nightmare, I was so nervous, I didn’t answer any of the questions well, I’m so scared of the next one”
vs. “It wasn’t my greatest interview but I’ve learnt so much on how to answer those types of questions next time and my nerves will never be as high second time round”

I keep this quote from Henry Ford in my mind,
“Whether you think you can or you can’t you’re right”

Finally, returning to my first point around panicking, if it does just feel too scary and too big then take small steps. Break it down and take on something smaller first. Once you get a feel for how much progress can be made and hopefully realise that your fears have been largely misplaced momentum will start to build. Before you know it you’ll be closer to the bigger really scary thing than you would have ever thought possible at the start.

As JK Rowling famously said:
“It is impossible to live without failing at something, unless to live so cautiously that you might as well not have lived at all. In which case, you’ve failed by default”