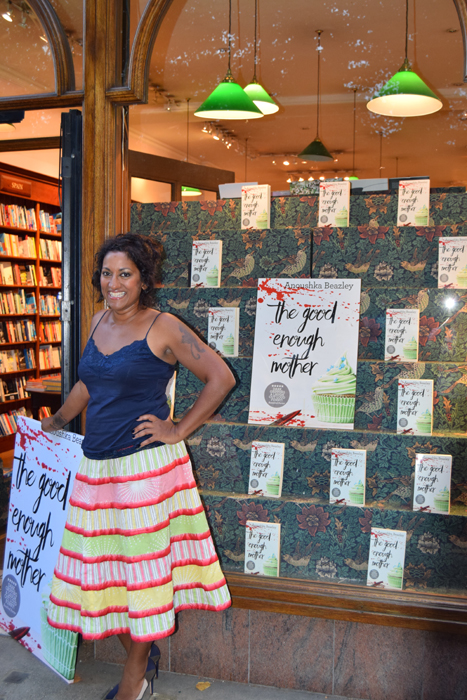 Stories from mothers who have done something different be that start their own business, switch careers, go on an adventure, Changing the Game to do something they love!

Tell us a bit about yourself?

I am a writer and just published my debut novel The Good Enough Mother. I am also the mother of three girls aged ten, eight and three. 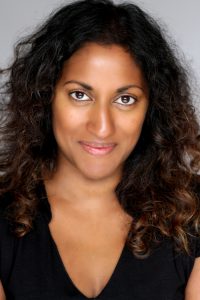 When and what was your Game Change?

Hard to say exactly. Somewhere in the middle of my mother being diagnosed with cancer, two miscarriages and my father dying a year later began a frightening period of intense pain and reluctant individuation, the latter of which is still very much in play.

My aunty called me to offer her condolences – that’s how I found out about my father – she thought I knew. I was on the top deck of a bus with the children at the time, it was the school holidays. We were going somewhere, I can’t remember where, and we got off the bus. I stood at the bus stop for a while, lots of buses driving past us and the kids asking me why we’d got off and if the next bus was ours. It’s not like I had never thought about him dying. I’m not an impractical person. I’m a very philosophical person but I was unprepared for my unravelling.

What went on along the way?

A time of both feeling and being estranged from my family. Feeling overwhelmingly isolated and alone in the world, and a violent resurgence of childhood sadness and anger that was at times my most reliable companion. In the midst of it all I wrote a novel.

What advice can you give to any women hoping to publish a book one day?
Research the pro’s and cons of traditional and self-publishing. It’s like contraception – it’s a personal decision and a multitude of factors influence this decision that are different for everyone. The writers and artists yearbook has a list of all the traditional publishers and what kind of books they publish. If you decide to self-publish like I did be prepared to put yourself out there and there’s lots to learn, it’s a learn as you go kind of process but it’s worth it.

How about the ‘balance’ question – how do you as a family manage to hold it all together?

We make sacrifices. Self-publishing costs money, I spent around £3,000, so holidays are put on hold as are lots of other things. I wrote, published, marketed and distributed the book myself. I wrote during the day when my two big ones were at school and the toddler was napping. During the holidays I’d drag all three with my suitcase full of books to the bookshops in true Von Trapp family travelling salesman style. My husband is ridiculously supportive. It’s great for me but really great for the girls to see that he supports my dreams which aren’t less important than his job even though I’m not earning from my writing.

The Good Enough Mother has yet to make sense financially. I approached it like a small business, something I would invest in knowing that every small business takes time. Between all the middlemen that take a cut there isn’t a lot left for the author but I have been writing for ten years now and seeing my book in bookshops, hearing how much a total stranger loves it, how it made her laugh or cry or both means that I get paid in other ways.

Do you feel like you are losing your sh*t on a daily basis and how the hell do you stop that happening?

I think we all find ourselves in vortex’ of our life where suddenly that’s all that’s happening. I tried really hard to stop it and I think when it didn’t stop and I started to break inside from feeling like I had no control I just stopped. Just stopped and accepted it. The relinquishing control over my own life and giving over to something bigger, lessons I needed to learn, sh*t I needed to go through bizarrely see 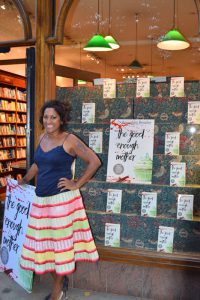 med to slow the sh*t the hell down. This led to more acceptance which led to less sh*t happening. I’d like to think with hindsight I could learn faster but sometimes clarity can only be found at breaking point.

What’s the best thing about what you are doing now?

I’m writing. I’m being creative and I feel like instead of waiting for my life to start, I’m living my life. It’s a very different feeling and I’m a much happier wife and mother as a result.

Being unhappy. Falling into a downward spiral because of it.

If you could change one thing for your fellow mothers what would it be?

I’d change that morning cup of coffee/herbal tea/hot water (that’s what I have) every morning to a cup of confidence where we’re able to reach the best parts of ourselves without doubting our own power and capabilities. I think we do it to ourselves, I think society judges women unfairly but if I could change it I would.

Are there any bits of your life or career that aren’t quite right but you’ve just had to make your peace with?

What are you most proud of?

If it’s cliché I don’t care – my children.

What do you wish you’d known at the start?

It was all a humungous learning curve. Knowing anything in a different order would have made no difference as I’m a big believer in things unfolding the way they’re meant to. I thought social media might kill me. As it turns out I’m still alive, but even that fear motivated me to get to the point where I’m here writing for the Guilty Mothers Club.

Have you done any re-training or other development?

I have a BA in Film Theory, a Post Graduate Diploma in Acting. After 6 years working as an actress I did an MA in Creative Writing and I’m about to begin a screenwriting course so hopefully one day The Good Enough Mother will be coming to a cinema near you!

What is the last thing you read?

Do you suffer from imposter syndrome?

Very badly. I should be on daily medication but am trying to control it through diet, exercise and Netflix.

What’s the one thing anyone considering Game Changing should know or do?

Just do it. If you’re thinking about it, do it.

THANK YOU so much Anoushka for being our first mother to share a story of Game Changing and being so wonderfully honest. If you want to read more or get in touch you can visit www.anoushkabeazley.com